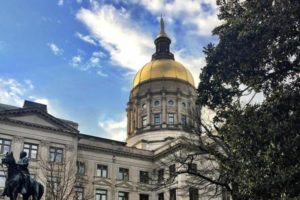 Bill to increase taxes on advances on coin-operated gaming machines

ATLANTA — A Georgia Senate committee on Tuesday approved legislation that would increase the state tax on owners of coin-operated amusement machines (COAMs) and retailers where the machines are located.

The Senate Committee on Regulated Industries and Utilities voted to advance its version of a COAM bill that the state House of Representatives passed two weeks ago. House Bill 1424 could reach the Senate floor by the end of this week.

The committee’s bill would increase the share of machinery revenue going to the state to support education from 10% to 30%. Owners of the machines and the convenience stores, restaurants and other businesses that install them would each receive 35% of the revenue, up from 45% currently.

The COAM industry can afford to take a smaller share of the profits as sales of the games have grown to the point where they rival what the state gets from the lottery, committee chairman Bill Cowsert, R. -Athens.

“It’s an industry that has gone from $2 billion [annually] from sales a few years ago to $4.5 billion today and growing,” he said.

Cowsert said increasing the state’s share of COAM activity could enable every Georgian family that wants to send their children to pre-kindergarten to do so and help close the gap between tuition coverage offered by the HOPE scholarship program and what the state can afford.

But Sen. David Lucas, D-Macon, who voted against the bill, opposed the proposed tax hike as punishing the COAM industry for its success.

The Senate committee also added a provision to the bill requiring the Georgia Lottery Corp., which oversees the COAM program, to conduct annual audits to identify retailers that pay out illegal cash prizes to game winners.

“All machines are wired together and report centrally,” Cowsert said. “It should be pretty easy to connect the dots to see who’s cheating and who’s not.”

The Senate bill has major differences from the COAM legislation passed by the House. While the House measure would award gift cards to game winners redeemable anywhere, the Senate version would limit winners to redeeming the cards at the location where they won the game.

Sen. Frank Ginn, R-Danielsville, said it would force nonprofit veterans groups and fraternal organizations to store goods in their lodges, which are often unoccupied and, therefore, vulnerable to thieves.

“Previous versions had a gift card that you could redeem in multiple places,” he said.

But Cowsert would not accept an amendment to the bill at this late date in the legislative session. The 2022 session should end on Monday.

This story is available through a partnership with Capitol Beat News Service, a project of the Georgia Press Educational Foundation.