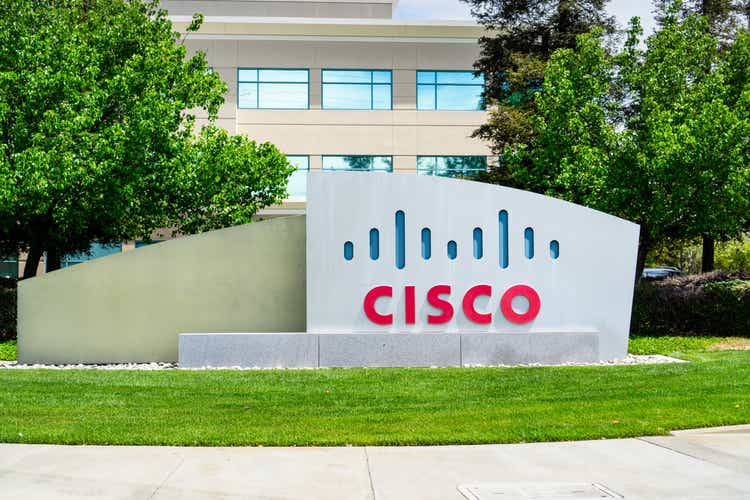 Cisco just got crushed by earnings, but is the blue-chip stock still a long-term buy?

Cisco Systems (NASDAQ: CSCO) fell more than 25% in 2022, including a selloff following its recent earnings report, which marked its worst single-day loss in more than a decade. However, technical signals and a slew of Wall Street analysts believe the drop may have washed away all likely sellers and set the stock up for a rally.

Should you buy the stock now to bet on a long-term rally?

Shares of the networking gear maker have fallen around 28% since the end of 2021. And this retreat represents an improvement on its position last month – the stock has risen 11% since it was hit an 18-month low in May.

In late May, the company reported weaker-than-expected third-quarter earnings and guidance. The disappointing quarterly update triggered a 13% drop in a single session. This is the worst one-day decline since February 10, 2011, when it closed down 14%.

In its third-quarter earnings report, the company beat non-GAAP EPS projections, reporting a figure of $0.87, which beat consensus by $0.01. However, total revenue was flat from a year ago, rising just 0.3% to $12.84 billion. That was $500 million below the amount Wall Street pundits were targeting.

Chuck Robbins, CSCO’s CEO, attempted to put a positive spin on the results, saying in a statement, “We continued to see solid demand for our technologies and our business transformation is progressing well.”

Unfortunately, Wall Street did not seem to accept the optimistic depiction of the results. Wells Fargo analyst Aaron Rakers, which has an Equal Weight rating on Cisco, lowered his price target on the company’s stock to $52 per share from $65. Additionally, Morgan Stanley analyst Meta Marshall, who values ​​Cisco stock at equal weight with a price target of $46 per share, advised caution following the financial numbers.

Is CSCO a purchase?

Despite struggling earnings, CSCO may have sold enough to make it an attractive buying opportunity. Technical analysis points to this possibility as CSCO is near oversold levels when looking at the Relative Strength Index indicator.

On a weekly chart, CSCO lands directly on the 33 handle of the RSI. This sits a few points above the 30 marker which is widely considered to be oversold territory.

Meanwhile, the company has strong support from the Wall Street community. Of the 29 analysts polled by Seeking Alpha, more than half have a bullish rating on the stock, with 15 having rated it with a strong buy or buy rating. Meanwhile, 13 CSCOs label as Hold and only one has issued a sale notice.

See the table below:

Quantitative measures present a more mixed picture of the stock. According to Seeking Alpha’s Quant Ratings, CSCO is rated A+ and B for profitability and valuation. However, the company scores a C+ for momentum and an F for growth.

Seeking Alpha contributor Dividend Sensei believes that this current bear market has become a prime boon for bargain hunting, and CSCO falls into that category.

At the same time, contributor Brian Gilmartin says it’s time to sell, as the stock has shown no growth in the emerging security or application segments proving they seem like fringe products in their space.