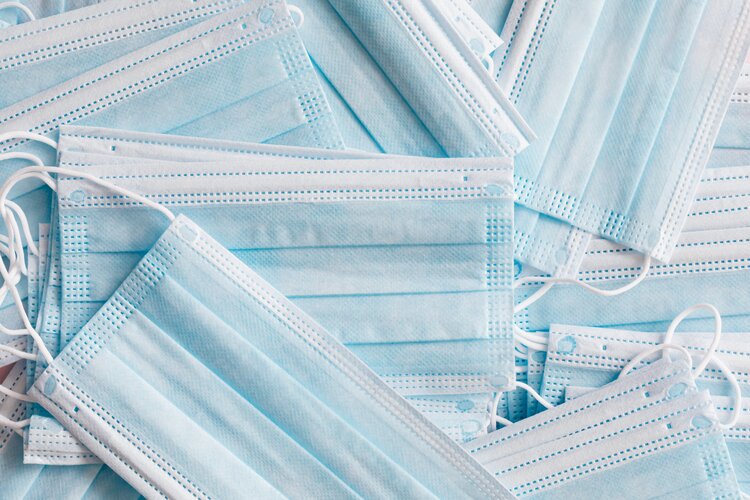 Intel Corporation (INTC), the world’s largest semiconductor chip maker by revenue, develops advanced integrated digital technology products, primarily integrated circuits, for industries such as computing and communications. The California-based tech giant with a market cap of $ 220.944 billion has been supplying semiconductor chips to the world’s largest PC makers – Lenovo, HP and Dell – with Apple, which has relied on chips from Intel for around 15 years and just starting to switch to using its own processors. Intel Corporation is expected to release its third quarter results on October 21, 2021, after market close.

Zack’s current earnings per share estimate stands at $ 1.11 – the same as its most accurate estimate – which means that analysts’ expectations have not changed from the quarter of last year and, more importantly, the fact that the estimate is lower than that of the second quarter 2021, which was printed at $ 1.28. Revenue expected to reach $ 18.22 billionm according to Zacks’ estimate, which is also down from its second quarter revenue report, printed at $ 18.50 billion and down from a year ago report which was around $ 18.33 billion, which earned it a # 4 sales rating on Zacks.

Considering that #INTC has beaten the estimates over the past 3 quarters, we cannot rule out a beat in this quarter, especially after the the company raised its forecast for 2021 by $ 1 billion in adjusted revenue to $ 73.8 billion and annual profit at $ 4.80 citing the computer sales boom that started during the pandemic is expected to continue as people return to offices and schools, but concerns persist over supply constraints and the costs of building chips with new process technology. The low expectation of profits and revenues is no surprise given the Downward trend in year-round earnings for Intel and the EPS estimate of $ 4.79 for 2021, which is also lower than the EPS of the past 2 years, reflecting market sentiment and outlook for the 45th largest US company ranked by total revenue according to the list 2020 Fortune 500.

Intel Corporation faces competition from Advanced Micro Devices, Inc (AMD) – Its CEO, Patrick P. Gelsinger has suggested that AMD’s server chips could win over customers, compounding their woes after Apple replaced Intel’s processors with its own processors that offer durability. longer battery life, which has led some analysts to believe that Intel has fallen behind. in manufacturing, as concerns have also been expressed that some of its recent 11th gen main processors, although a little faster, run much hotter, and consume more electricity than some of the larger models. old.

As these factors do not bode well for the tech giant, the chip industry is struggling shortage of chips due to supply chain disruptions caused by restrictions from the COVID-19 pandemic, US sanctions against certain Chinese companies which then resulted in stocking more than enough of the highly demanded chips trying to weather the storm, further tightening market and general increase in demand for microchips. These should help boost sales, revenue and by extension profits and could see #INTC beat estimates again as the company announced earlier in March that it intends to spend. $ 20 billion for two new Arizona chip factories and now looking to help build Chip manufacturing capacity in Europe which should help stimulate growth. 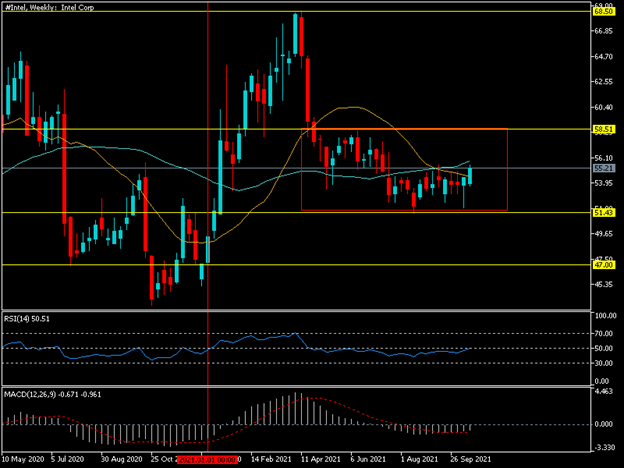 Since trading near the ATH in April around 68.50, #Intel has steadily declined, falling around 25% until it found support around 2021 lows of 51.43 and has since remained in a range capped at 58.50. The 20 and 50 week SMA death crosss as well as MACD trading below the zero line highlight the downtrend. Although in the past 3 months the share price has not been below 51.43 and with the RSI coming back above the halfway point starting to show signs of life, we might see buyers jump into the driver’s seat if we get a good beating of both earnings and earnings with the next point of resistance being in the upper end of the range around 58.50. Failure to release results could be the catalyst to break year lows with the next obvious support coming around 47.00.