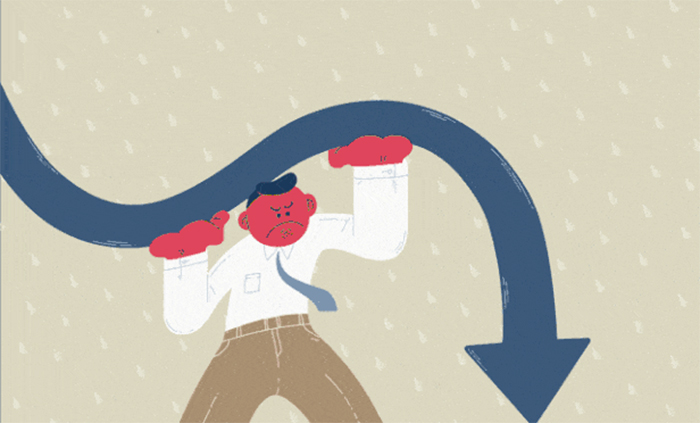 The vast majority of people who invested in blue chip stocks like Samsung Electronics and Naver suffered losses when the stock market crashed.

Data from NH Investment and Securities on 4.4 million clients shows that 94.5% of people who put their money in the top 10 stocks suffered losses as of October 4, and the remaining 5.5% barely reached the break-even point.

About 6 million retail investors have put their money into Samsung Electronics, and 980,000 of them have invested through NH Investment and Securities. They bought the stock at an average price of 72,170W and own about 119 shares each ($1 = 1,435W).

One million retail investors hold shares of Naver, whose share price fell after it announced it would acquire U.S. online marketplace Poshmark for 2.3 trillion won, and 99.3% of them lost money. They bought the shares at W335,000 on average and since the stock price halved in value, each has lost an average of W2.87 million.

Messaging app giant Kakao and its subsidiaries were the most disappointing stocks for nearly all shareholders: 99.99% lost money on Kakao Pay, 99.8% on Kakao Bank, 98.3% on Kakao Games and 98.1% on Kakao.

But retail investors continue to grab the top 10 stocks and bet on a rebound. They bought 1.44 trillion won worth of shares on Korea’s main composite stock price index over the past month. Most of them bought Samsung Electronics, Naver and Kakao.

Pyeon Deuk-hyeon, analyst at NH Investment and Securities, said: “It’s too early to talk about a bottom in stock prices, but it seems too late to sell since more than 80% of the declines seem to have It might be better to sell when prices rebound, unless you need to exit the market altogether.”