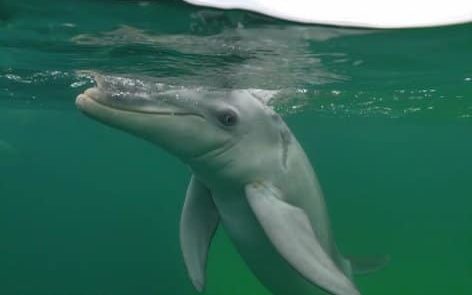 Southern Ocean Live (1x90mins) Winter Solstice screening, Tuesday, June 21, 8:30 p.m. on ABC TV and ABC iview, it’s the best in live television. Made by the same team that brought Reef Live to ABC screens, this time we head to the wintry Southern Ocean to experience big creatures, big science and big thrills that will take audiences on a live-action adventure. as wild as possible.

Broadcasting from Southern Ocean Live’s headquarters located at Phillip Island’s Penguin Parade, hosts Hamish Macdonald and Dr Anne Jones will pass special guests live and tell the stories of incredible creatures, including the resident fairy penguins who roar loudly at dusk each night in their thousands.

Nearby, marine scientists Sheree Marris, Lucas Handley and Dr. Dean Miller will report, underwater, the remarkable stories of the giant spider crabs, giant cuttlefish and other sea creatures that also appear in the extraordinary channel. of reefs that form along the coast of southern Australia, including whales, dolphins, seals, albatrosses and great white sharks.

And the wonder of nature continues the following week with the ABC’s Dr Anne Jones back with Meet the penguins (1x60mins), airing Tuesday, June 28 at 8:30 p.m. on ABC TV and ABC iview, for a delightful look at the world’s smallest penguins, living on Australia’s south coast.

From the famous penguin parade on Phillip Island to the penguins living in suburban St Kilda, we meet key characters who over the next six months try to fulfill their mission: to stake their territory, team up and raise their chicks .

Inside the colony, there are both tales of domestic bliss and neighborhood drama. At sea, razorbills are forced to contend with turbulent weather, strong currents and migrating fish stocks.

Warm, surprising, revealing and uplifting, Meet the penguins, shows us that while the Little Penguins might be the world’s smallest penguins, they might also be the toughest!