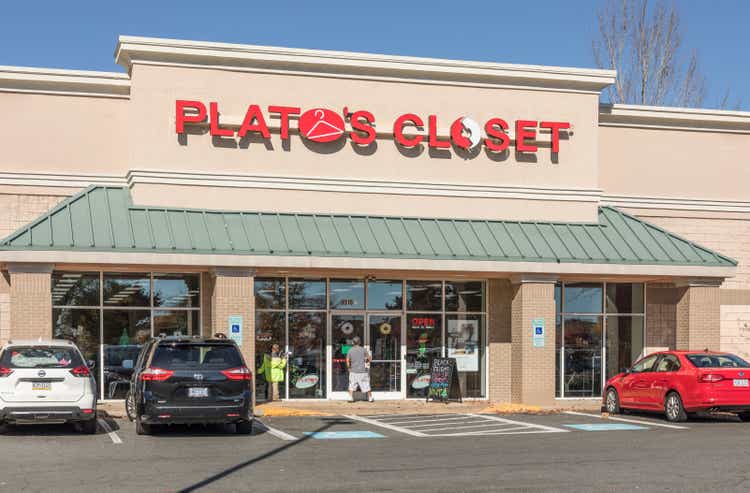 If you haven’t heard of Winmark Corporation (NASDAQ:WINA), at least you’ve probably heard of one of the chain stores that franchise business. These are Plato’s Closet, Once Upon A Child, Play It Again Sports, Style Encore and Music Go Round. With operations spread across the United States and Canada, as well as some other regions, the company is a diversified retailer that, after a disappointing 2020 financial year, has finally started to show signs of returning to growth. Basically, the company looks healthy and its future is probably bright. On top of that, between the price drop its stock has seen and improving company fundamentals, it finally represents an attractive opportunity for value-oriented investors.

The picture is much better

The last time I wrote about Winmark was in January of this year. At that time, I called the company an interesting play on used consumer goods. I recognized the fairly steady growth the company had shown in the years leading up to the COVID-19 pandemic. At the same time, I also said that the stocks weren’t particularly attractive from a price point of view and that there were probably better prospects in the market. In the end, I rated the company as “held”, indicating that I believed it would generate similar returns to the broader market. Since then, I have been proven correct. While the S&P 500 fell 11.4%, shares of Winmark generated an 11.8% loss for investors.

At the time of my last article, we only had data covering the first nine months of the company Financial year 2021. Today we have data covering the rest of 2021, as well as the first quarter 2022. For starters, it’s worth noting that the company did quite well at the end of last year. Overall revenue for 2021 was $78.2 million. This is 18.3% more than the $66.1 million the company generated in 2020, and 6.7% more than the $73.3 million reported for 2019. Growth was particularly strong in last quarter, up 21.4% from a year earlier. Of course, we also need to pay attention to business profitability metrics. These were also sturdy. Net income for 2021 was $39.9 million. This is approximately 34% above the $29.8 million achieved in 2020. It also compares favorably to the $32.1 million reported for 2019. Last quarter net income of $11.6 million was 43.2% higher than the previous year’s $8.1 million. Other profitability indicators were also strong. Operating cash flow of $48.3 million exceeded the $42.2 million achieved in 2020, while EBITDA of $53 million exceeded the $42 million achieved a year earlier.

The company’s growth continued through early 2022. First quarter revenue was $20.1 million. This is 7.2% more than the $18.7 million reached a year earlier. The company seems to be benefiting from an increase in the number of stores. The number of franchise locations at the end of 2021 was 1,271. This compares to the 1,264 seen at the end of 2020. Today, the current store count is 1,276, with 494 of those locations under the Plato’s banner. Closet and 403 under the Once Upon A Child brand. More likely than not, the company’s store count will continue to grow for the foreseeable future, although I expect growth to be fairly slow as it has been. A real benefit to the business could be the current market conditions we are seeing. Given the high level of inflation, cash-strapped consumers may turn more to Winmark’s retail concepts.

Regarding profitability, the picture was still positive, but not fantastic. Innovative quarter, net profit was $9.9 million. This compares to $9.3 million achieved in the first quarter of 2021. Cash flow from operations actually deteriorated year-over-year from $13.6 million to 13, $3 million. However, if we adjust for changes in working capital, the metric would have dropped from $9.4 million to $10.4 million. And finally, the company’s EBITDA also improved from $13.1 million to almost $14 million.

As for the company’s pricing, I would like nothing more than to project current results for the rest of the year. But given the problems in the retail sector, combined with the little data we have, I think the best thing to do is to take a more conservative route and assess the business based on the only results from 2021. In doing so, we see that stocks are trading at a price/earnings multiple of 16.5. This compares favorably to the 22.5 I calculated in my last article. The price to operating cash flow ratio is also lower at 13.6. This compares to the 18.9 in my previous article. Meanwhile, the EV to EBITDA approach yields a multiple of 13.5. By comparison, the EV/EBITDA multiple I calculated in my last company article came in at 16.4.

As part of my analysis, I also decided to compare the company to five other specialty retailers. On a price/earnings basis, these companies had multiples ranging from 3.9 to 5.9. Using the EV to EBITDA approach, the range was 2.5 to 12.9. Either way, Winmark was the most expensive of the bunch. If instead we use the price/operating cash flow approach, the range for companies would be 5.2 to 30.5. In this case, three of the five companies were cheaper than our prospect.

At this point, it’s clear that Winmark is doing pretty well. I suspect 2022 will be an even better year for the company, but we don’t yet have enough data to say that would be the case. Compared to similar companies, the shares of this company are rather high. But the stock has come down a lot from a price perspective, and in absolute terms the stock looks quite reasonable. While I wouldn’t call it a homerun prospect, I feel comfortable changing my rating from a strong “hold” to a soft “buy.”